‘Roma Atlantiaca’, the Network of Atlantic Roman Cities, is an association of towns located on or near the Atlantic seaboard that share a common Roman past. Its purpose is to give visitors a chance to learn more about this special cultural heritage.

Take a trip into the past! Visit the towns in the network, enjoy their Roman heritage and make the most of their range of cultural attractions!

The Romans reached the Atlantic seaboard later than the Mediterranean area and followed different historical patterns and settlement models in the region. The rationale behind the towns they established was also different; they created maritime enclaves and political and administrative centres, helping to create stable shipping routes and communication routes that would provide them with effective control of the area. Between 51 BCE, when Gaul was conquered by Julius Caesar, and the main invasion of Britannia in 43 CE, settlements were founded across the Atlantic area. A significant milestone in Roman occupation of the northern Iberian seaboard came with the end of the Cantabrian wars, in 19 BCE. 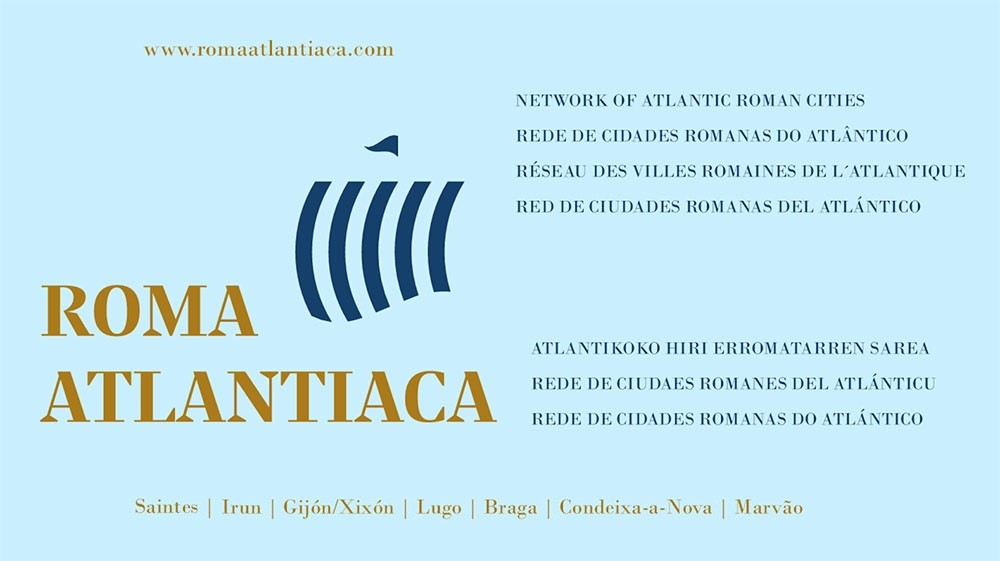 Can we speak of a distinct Atlantic Rome, different to the Mediterranean model? Recent archaeological research has revealed a new dimension to Roman occupation in the Atlantic area; although a fully Roman community was established, it was marked by distinct features related to the cultural identity of the territory. This new community looked to the sea and the opportunities for exchange it offered. The Atlantic Ocean or Mare Externum, was a common space for the transport and trade of goods and the movement of troops and civilians. It acted as a point of convergence for trading routes from the hinterland and allowed the Romans to extend their area of influence inland, fostering the dissemination of their culture and way of life. As Pliny the Elder wrote in his Natural History II, LVII (167), “The whole of the western ocean is now navigated, from Gades and the Pillars of Hercules, round Spain and Gaul.”.